The History of Nipple Jewelry – A Royal Beginning.

It’s no secret that nipple jewelry is the ultimate sexy accessory. Whether you wear it for you own pleasure, or the pleasure of others it’s a piece of jewelry that makes for a steamy visual (and sensory) treat.

However, did you know that nipple jewelry has a Royal beginning?

In the mid 14th century, fashion began to change. The neckline on gowns of the female nobility began to sink lower, and lower, and lower. It wasn’t uncommon for a noble lady to wear a gown that displayed half (or more) of her breast.

I know… why can’t we just go back to that? 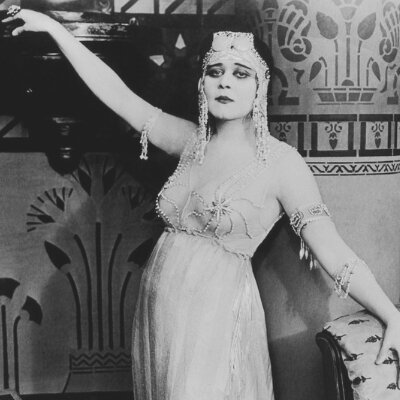 Then came the “Grand Neckline“, introduced by Queen Isabelle Bavaria. This bold fashion statement produced a neckline that didn’t stop at the tops of the breasts, but dipped below the navel. It exposed the breasts completely, something that would be illegal in most places today.

Although the royal practice of bare breasted fashion died out, the nipple jewelry trend carried on! In the late 1890s, nipple jewelry could be found in the most prestigious jewelry shops in Paris, while Vogue Magazine featured nipple rings as a display of sensual wealth for London socialites.

Today, nipple jewelry is more widely available, and accepted than ever. Not only is is a symbol of being in touch with your own sexual nature, it’s a major confidence booster. Not to mention bonus benefits like heightened sensation and potential breast health benefits.

However, what if you aren’t up to the painful piercing process? Or what if you don’t want to commit to things like 120 days of healing time, potential infection complications of body modification, or permanent increase of nipple size but you still want to feel like a sexy queen? Then you really aught to give non piercing nipple jewelry a go! 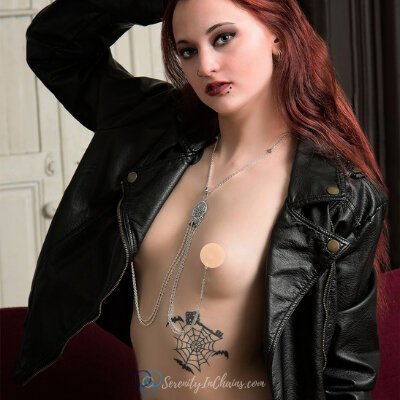 The non piercing counterpart to the royally inspired nipple jewelry trend offers all of the perks and non of the drawbacks of tradition nipple piercing. You still get increased nipple sensitivity, nipple stiffening (also called hard nipples or nipple protrusion), delicious nipple stimulation, and a seductive visual display with the “fake” nipple jewelry without the painful piercing process and annoying healing time.

What more could you want than giving your ‘girls’ the royal treatment?

PrevPreviousHow to wear a bondage collar at work and other public places
NextOh Onyx! Gemstone of Courage.Next

Become a VIP and save 20% off your first order!

By providing your information, your agree to receive marketing emails from Serenity in Chains.